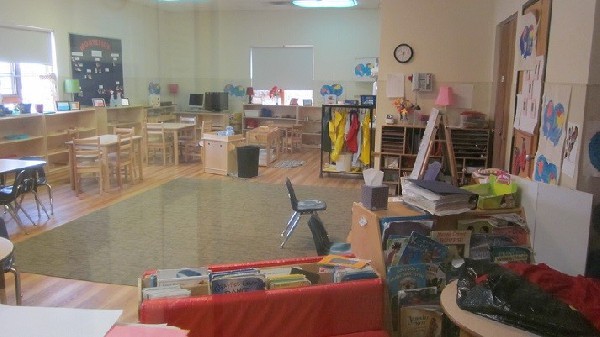 There is an undeniably strong demand for child care services in Cook County.  The problem for day care center operators is affordability and profitability, particularly in low-income areas. Relatively few people qualify for government subsidies and there is increasing pressure for higher wages of day care staff.

The problem is cost. An infant cost $266 per week (about $13,600 per year) and a five-year-old averages about $190 per week (or $9,880 per year) in Cook County. The U.S. Department of Health and Human Services considers child care affordable when costs do not exceed 10% of a family's income. Although child care costs fall as children get older, the average cost of full-day care for a 3- to 4-year-old still takes 15% of a typical Cook County family's income (families with two children pay double). This means that for a single parent earning $10 per hour, regulated child care is prohibitively expensive, taking 40% to 53% of the family's income for a 2-year old. Under the state's Child Care Assistance Program (CCAP), the cost is just 6%.

Effective July 1, 2015, the Governor introduced an emergency rule that reduced income eligibility for CCAP applicants from 185% of the federal poverty level ($34,000 annually for a family of three) to 50% ($10,000 for a family of three). Eligibility was eliminated for parents participating in education and training (except for teen parents and TANF recipients). This reportedly made 90% of new applicant's ineligible.

In Cook County, the impact was substantial; by January 2016, the number of families being served dropped by 20,000 (41%), and the number of children served fell by 32,000 (40%). Although income limits were eased in November 2015 to 162% percent of the poverty level with the understanding that they would later return to 185% of the poverty level, the new rule still leaves an estimated 15,000 children ineligible, according to Illinois Action for Children. Additionally, there may be longer lasting damage to child care infrastructure, including real estate. Illinois has an accumulated backlog of bills (of all types, not just child care) totaling $14.7 billion with late payment interest costs expected to add $800 million. It will take years to settle accounts.

In Illinois, licensed centers and licensed homes must meet more stringent quality standards than many nearby states which make them substantially costlier to operate in terms of staffing and space needs.

Helburn and Howes in The Future of Children: Financing Child Care found that “…economies of scale exist in child care. Centers that had longer hours of operation, operated at closer to capacity, or served larger number of children had lower expended costs per child per hour with no apparent ill effects on quality of care”.  IBISWorld reports that “…increasingly, larger operators are competing on the basis of square footage and are changing their location prototype to high-profile locations, with locations averaging between 18,000 and 30,000 square feet.”

Larger facilities can generally offer more services (early and late pickup, extra child development services) at a cheaper cost than smaller ones. Regulatory burdens can also be more efficiently managed with the advantage of scale. This will put small operators at a competitive disadvantage to larger operations, particularly in the face of very limited state funding.

An Industry Under Pressure

The Illinois Action for Children estimates that approximately 5,000 child care providers comprise the formal child care sector in Cook County. The industry is highly fragmented and profit margins in poorer areas are low. Many owner operators in lower income areas simply do not have the resources to cope with the cutbacks in day care eligibility and uncertainty with respect to payments. Owing to their disadvantageous position relative to larger, more efficient competitors, they do not have the luxury of waiting for what could be years for Illinois to put its economic house in order.
(773) 763-6750
1234 Sherman Ave.
Evanston, IL 60202