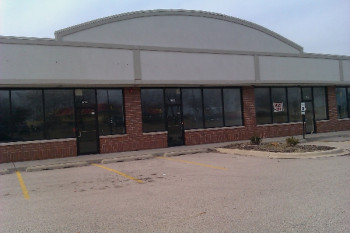 (This archived article was published in 2012.  More recent data is fouind in the articles section of our web site).  Commercial appraisers need to consider many variables in a commercial property appraisal.  Recent data from a Federal Reserve Study on Changes in U.S. Family Finances from 2007 to 2010 paint a grim picture on family income that could undermine any potential turnaround in the commercial real estate market. The Federal Reserve study (see June 2012 Vol 98, No 2 in Federal Reserve Bulletin) adjusted all numbers for inflation for easy comparison. The median income in the U.S. has declined 7.7 percent from 2007 to 2010. Year      Median Income 2001     $48,900 2004     $49,800 2007     $49,600 2010     $45,800 The decline in median income hit all income levels except the very poor. The bottom 20 percent of earners median income actually increased 3.7 percent from 2007 to 2010. The drops for everyone else ranged from -5.3 percent to -8.9 percent. The highest 10 percent of earners saw a 5.3 percent median decline during this period. The median family net worth fell 38.8 percent and mean (average) fell 14.7 percent during the same period. The net worth declines hit the middle class the hardest, as most of their net worth is in their homes, which declined substantially in value during this time period. The very wealthy fared better since their home reflected a smaller percentage of their net worth and most stocks have rebounded from most of the major declines they suffered. Some of the most active players in the commercial real estate market are the self-employed. Between 2007 and 2010 their median income dropped a massive 18.7 percent; and between 2001 and 2010 the loss was 16.9%. The Impact on Real Estate  Over the long term, commercial, industrial or multi-family residential real estate values are heavily impacted by what is going on in the economy. Retail store sales are dependent on consumer spending. Consumers earning less have less to spend. Disposable income available for discretionary expenses is crowded out by necessities such as gas, electricity and food. With huge declines in net worth, fewer people will be able to qualify for commercial loans, despite favorable terms. The self-employed in particular, which as mentioned included many of the movers and shakers in the commercial real estate market, have been some of the hardest hit. Finally, aging boomers, as with all older people, spend less money on clothing and many other consumables and go into more of a savings mode. Downward income pressures could continue to impact the average American family for many years to come. Unions in general and public unions in particular are under intense pressure. Well publicized losses such as in Wisconsin may embolden other States and Municipalities to seek employee concessions. High unemployment puts employers in the driver's seat and could further suppress income levels. Real estate professionals use the acronym DUST as shorthand for the four key determinants of value: Desire or Demand- Utility- Spending power- Transferability. With the recent recession, liquidity has evaporated and much of net worth has dried up and blown away like so much dust in the wind. This creates an environment for reduced spending power, a key but often overlooked pillar of value. Despite the Federal Reserve's quantitative easing and historically low interest rates, the commercial markets continue to struggle. What happens to property values when interest rates go back up? Given the weak fundamentals of the consumer and poor demographics, we anticipate a continued decline in property values for most property types. Even when demand returns with economic recovery, the discretionary funds to prop up prices will be absent.
(773) 763-6750
1234 Sherman Ave.
Evanston, IL 60202