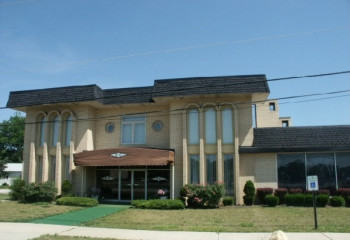 Chicago Commercial Appraisal Group has Appraised a substantial number of Funeral Homes.  Historically, the funeral home business has been one of the more stable and tradition bound industries.  This mature industry is now facing many new challenges resulting from changing attitudes that affect both the services offered and the real estate needs of providers.  Surveys of Funeral Home directors show that cash flow and profitability and changing attitudes are the biggest issues facing the industry. How the industry adjusts will have profound implications for the design, use, marketability and ultimately how Appraisers Value Funeral Home Properties.

Everyone knows that as a property ages, physical wear and tear take a toll on improvements and that building value declines without continuing upkeep, maintenance, repairs and renovation. There are other forms of depreciation as well. Appraisers use the term external obsolescence to refer to depreciation caused by forces outside of the property over which the owner has little control such as the recent recession and collapse of realty and equities markets. The term functional obsolescence addresses the impairment of value that results when a property’s utility is diminished with respect to current market tastes and standards. So when tastes change or the economy declines, a property may still lose value, despite being in good physical condition. Such trends, which are at work in the funeral home industry are summarized below:

Demographics and Chicago Area Funeral Home Appraisals- Death rates in the United States are not expected to change substantially for several decades.  According to the U.S. National Center for Health Statistics, in the year 2000 there were 8.5 deaths per 1,000 populations. From 2010 to 2016 it is projected at 8.3 deaths per 1,000 and 8.4 deaths per thousand from 2017 to 2020. There will not be a substantial increase in deaths per 1,000 until 2045-50 when it will rise to 9.7 per 1,000 due to the progressive aging of the U.S. population.

Green Burials- A trend is just emerging but which could become a larger issue over time is the “Green Burial”.  This is the practice of burying unembalmed remains, usually in a biodegradable shroud in a wood setting with no grave marker.  Often caskets are not even used as they do not degrade as easily.

Casket Discounters- The practice of customers shopping for discount caskets (the “Costco” effect) instead of the funeral homes model has been an issue that has been around for a long time but still creates a thorn in the side of many funeral home directors.

Celebration of Life- Funeral home directors are adapting business practices in order to counter the potentially adverse effects of changing tastes, values and economics.  In an article “The Life and Death Struggle for Survival in the Funeral Industry” Jeffrey S. Shaw revealed an anecdote about a funeral director who after completing a modest $2,000 cremation for a customer discovered later that he had missed out on a $35,000 “celebration of life ceremony” that went to a wedding planner! Not only are many in the funeral home industry seeking to create “celebration of life” ceremonies.  In some cases, they are extending their reach to attract other group functions, including weddings.

The dynamics outlined above not only influence the conduct of the funeral home business, but are having a profound effect on the utility physical plant as well. According to Miller Architects and Builders who construct funeral homes across the country, there has been a shift in funeral home design: larger and more inviting lobbies (so people don’t have to wait outside during larger visitations); on-site crematory; larger lounges and banquet rooms; smaller or no casket showrooms; adding children’s rooms; and better design to accommodate audio and video technology.  Many of the buildings are becoming brighter and cheerier with more nature light to celebrate the deceased life instead of mourning their death.  In 2011, for example, Chicago Jewish Funerals opened their third suburban funeral home in Skokie, Illinois.  Their intention behind the brighter, airier funeral homes was reported as two-fold: To imbue memorial services with a more celebratory atmosphere; and to create spaces that lend themselves to multiple uses.  The facility could accommodate more festive events such as anniversaries, birthdays or even weddings.  This requires hiding some of the mechanics of transporting the deceased so they would not interfere with potential alternate uses of the facility.  Some food service capability would also need to be available.

Appraiser Considerations for Chicago Area Funeral Homes – In light of these emerging trends in the industry, it is apparent that many older funeral homes suffer some functional obsolescence as a result of new ways that buildings are being utilized. External obsolescence is also evident in the changing and diminishing demand for full blown funeral home services and a shift toward cremation and possibly no funeral service at all. Effective management can in some cases overcome these obstacles but the industry is certainly shifting. Finally, when the purpose of the Funeral Home Appraisal is for Tax Appeal purposes, it is important to recognize the distinction between the business value of the funeral home versus its real estate value. Only the funeral home’s real estate should be assessed for ad valorem purposes and not the contributory value of its business.
(773) 763-6750
1234 Sherman Ave.
Evanston, IL 60202