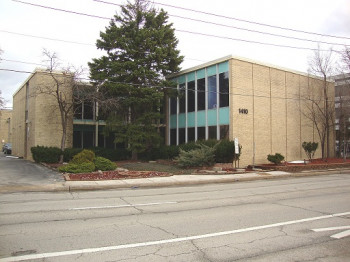 In March of 2016, I attended an all-day seminar on the conditions of the Chicago real estate market put on by the Chicago Chapter of the Appraisal Institute. The presenters were brokers and analysts with various specialties such as industrial, retail, hotel, etc. Some of the information was quite interesting so I thought I would share some of the information most relevant for the appraisal user.

Industrial Market
Interior truck loading docks are now considered obsolete. Although 90% of industrial buildings in the northwest suburbs have them, they are out of vogue. They amount to wasted or underutilized interior space. They can also result in higher energy consumption, ventilation and vehicle fume problems, as well as drainage issues from water runoff and melted snow on trucks. Trailers have increased in size and older buildings may not even accommodate 55 foot loads. Unless you are in a far colder climate than Chicago - they aren't much use.

For smaller industrial buildings, the near "standard" or ideal for new construction is a 3:1 land-to-building ratio, which provides adequate parking, storage and turning radius for trucks. Very few older properties meet this requirement.

Office Market
The market for institutional quality assets is particularly strong in the downtown. Investments realize capitalization rates in the 5-6% range. By national and international standards, Chicago is relatively cheap for a major metropolis.

By contrast, older nondescript office buildings in off locations are really struggling. There are no compelling reasons to be in them. Rental levels are reportedly comparable to be relatively similar to what they achieved in the late 1970s. Investors of offices need an exit strategy to get out of such investments after 10 or 15 years and there really isn't a viable one for such properties, which keep getting older and more expensive to maintain.

Hotel Market
The hotel market has experienced gradual expansion several years now. The Chicago area has several new hotels coming online this year and overall occupancy rates are expected to decline as a result. Chicago's marketing arm for the Convention center had seen severe budget cutbacks, which may curtail its ability to draw tourists at the same time as our supply increases dramatically.

Apparently Air B&B accounts for about 5% of the market for overnight guests. The analyst who spoke didn't think it had too much of an impact on the hotel market. Most of the people who put their homes for rent on Air B&B do so during peak times when all the hotels are full anyway so it has a moderating effect.