The Biggest Problem for Church Properties 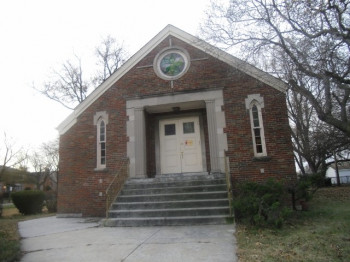 A minister may be right to assert that a church is represented by its congregation and not the building; but to the lender, it is also true that the real estate is the collateral. So it must be concerning to learn that NORC's biennial General Social Survey (GSS) for 2012 shows continuing growth in the number of Americans avowing no religious preference. The percentage stating "no religion" in 2012 was 20%; up from 14% in 2000; 8% in 1990; and 5% in 1972. The rise in unaffiliated has been attributed by scholars to a combination of political and generational effects— that the promotion of social agendas by politicians aligned with conservative religious organizations pushed liberals away from organized religion and that younger age groups are less likely to profess a religious preference than their elders, a gap that is expected to persist even as these cohorts do themselves age.

It is no surprise then to read in the Wall Street Journal, December 5, 2014, that construction of new churches in the U. S. has fallen to the lowest level since Dodge Data and Analytics began tracking it in 1967. Some 10.3 million square-feet will be built this year; down 6% from 2013 and a down a colossal 80% from 2002. Construction spending is just half of what it was a decade ago. This decline isn't merely cyclical but reflects a broader social shift away from traditional religion that shows no signs of abating in the near term and which indeed may be accelerating.

Speaking at a conference on Religious Trends in the U.S. sponsored by Pew Research Religion and Public Life Project, Claude Fisher of the University of California, Berkeley observed that:

…Americans have long been, and still remain, the most religious people among the peoples of the Western nations, both in faith and in practice…Church membership and religious activity have waxed and waned and cycled over American history, but over the long run, over two centuries, both membership and activity have in net increased. Americans' level of religious involvement peaked in the 1950s. Despite recent downward tendency, religious involvement is still higher than it was a century ago.


So the decline in religious affiliation doesn't necessarily signal a drift toward atheism or agnosticism.

Mr. Fisher goes on to say that:

Americans' relationship to their churches exemplifies the volunteerism that is central to our culture; that is, it is not that Americans are individualistic, they do believe in community, but it is a community that is voluntarily chosen and rechosen every day. When Americans are disappointed in their churches, they exit and usually look for another church. Recently, for many nonconservatives, it is organized religion as a whole that has disappointed them, and many of the disappointed now opt for labeling themselves as "spiritual, but not religious."


Similarly, Frank Newport of Gallup Inc., and author of God is Alive and Well, remarked at the same conference that at least to some degree the surveys may be showing a change in the way that people choose to label themselves, rather than a more fundamental change— that religious identification is but one of many possible measures of religiosity. He also noted a trend for growth in unbranded religion, particularly in non-denominational churches, mixed churches, and churches with no official affiliation, so it may also be a matter of people feeling freer to move away from traditional institutions. Still, the statistics reveal that between 2008 and 2012, at every age point, people became less religious.

Greg Smith, of Pew Research Center, noted that it would be a mistake to conflate the unaffiliated ("nones") with nonbelievers, and to assume therefore that the growing number of unaffiliated is an indicator of increasing secularization. Most of the "nones" are not atheists or agnostics they're simply not personally associated with any particular religious organization; many still pray and say religion is important in their lives. At the same time it is equally inaccurate to perceive of the "nones" as a group of spiritual seekers or practitioners of new and alternative forms of religion.

Yet regardless of whether or not disaffiliation from religion is itself an indicator of secularization, he considers it reasonable to expect continuation of the disaffiliation trend to have serious consequences for the way that religion is practiced in the United States and for religious institutions. In a telling comment, Mr. Smith notes that, "… the religiously unaffiliated population really doesn't tell us that they have any great need to belong to a community of like-minded believers… perhaps the key defining characteristic of the religiously unaffiliated population is that they do not go to church. They might pray. We've seen that. They might say that religion is at least somewhat important to them personally. Many of them believe in God. But they do not attend religious services."

As congregations adapt to the changing landscape, the effects declining participation and in funding are becoming manifest in real estate as evidenced in the decline in new construction reported in the WSJ. Religious organizations, which used to account half of charitable contributions in 1990, now take in only one-third, as people spread donations out among a wider array of organizations, both religious and secular. Consequently, many congregations are in no financial condition to take on new building projects and some are downsizing facilities. While there may be some recovery in the aftermath of the recession, a return to the building boom of the early 2000s appears to be unlikely.

Reflecting changing preferences for alternatives to traditional worship, some well-funded congregations are devoting more resources into ministry projects as opposed to buildings. In addition to a drop in formal religious activity, observers have noted a shift away from massive megachurches, placing greater emphasis on convenience of location rather than on large buildings. Others are making do with less elaborate buildings or adaptive reuse of former industrial, office and retail buildings.

It isn't just new construction that is affected. The 1950s were a period of high religious participation and the country experienced an ecclesiastic building boom in the post WWII era. Churches built in the two decades after the war are now at least 50 years of age. The Marshall Valuation Service (MVS) cost manual gives the estimated economic life expectancy of a church in a range between 40 and 60 years. Granted periodic repairs and renovations may have helped to curb physical deterioration for most; still from the standpoint of a lender's collateral risk, it must be recognized that many of these structures are coping with varying degrees of obsolescence at a time when resources are already stressed. In areas of declining, or even static population, thought must be given to the question of who is there to backfill the pews in order to continue to sustain these properties?