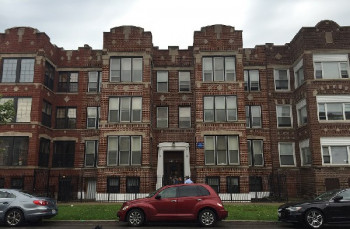 Apartment buildings have been one of the best performing market segments for many years. They survived the real estate crash better than virtually every other property class. As condominium and housing prices collapsed, people poured into apartment buildings either afraid or unable to purchase conventional housing. Apartments trade with very low capitalization rates and banks seem to offer very attractive loan terms.

Typically investors will accept very low capitalization rates if they believe there is a higher potential for property appreciation in the future. In this scenario they will make the bulk of their money when they sell the property down the road at a higher level, even if the cash flow is very poor or even negative today.

We see several major headwinds facing apartment investors hoping for strong appreciation in future values. First, rental rates are already stretched to the breaking point. There has been an acute shortage or apartment units as a result of conversions and the dearth of new rental construction even before the recession. This has resulted in a strong pent up residential demand, and a rapid appreciation of rental rates, far above inflation rates or wage growth of potential renters. It has also more recently resulted in substantial new apartment construction activity. Still, even if demand remains strong, rental rates can only go so high. Most landlords require take home income of three times the apartment rental rate. A Harvard University Study reported in the October 4, 2015 Chicago Tribune found that more than a quarter of all renters - 11.2 million households, devoted at least half their incomes to rent in 2013. People simply don't have the money to pay much higher rents - even if they wanted to. Collection issues will also climb dramatically, as these renters are paying far beyond their means.

Another less obvious issue with apartment values is what we consider the fiction of very low vacancy and collection loss allowances. Most apartment buildings, particularly smaller apartments (under 50 units) owned by mom and pop operators, are nowhere near as profitable as most people believe.

Newspapers in the Chicago area routinely report apartment vacancy levels of 5% or less for apartment buildings (which are usually based on surveys). If one does even a rudimentary sanity check on the basic numbers of apartment turnover and re-let times, however, a 5% vacancy and collection loss doesn't seem possible. A 2015 National Apartment Association Survey of Rental Apartment Communities found an average of 51% annual turnover rate for apartments in 2014. Statistics can vary but we will assume a 50% turnover rate. After a review of literature, we found that it typically takes about 40 days to re-let an apartment after marketing, clean up, painting, etc., assuming strong demand in the market place. A 50% per year probability of a 40 day vacancy period is the equivalent of 20 days per 365 in a year or 5.5% of the time. This is just downtime - it doesn't figure in credit losses or concessions.

According to a 2014 IREM report, elevator building apartment rental concessions in the Chicago area ranged from a high of 1.3% of potential rent, to a low of 0.3%, with a median of 0.8%.  IREM’s number accords with the average 1.4% concession reported by the 2015 National Apartment Association Survey for all apartment complexes.  We have put more weight on the local IREM numbers tempered by the National Apartment Survey and assumed 1% concessions.

The 2015 National Apartment Association Survey reported an average collection loss of 0.6% for apartments in 2015.  We should note that in this survey, the apartments’ average size was 261 units and would be far more sophisticated than a typical small operator in assessing credit risk for its tenants.  Given that over a quarter of renters are spending over half their income on rents we suspect this number could in fact be vastly higher.  We will assume a 1.0% vacancy and collection loss figure which we believe is probably a very low end number considering the factors noted above.

We believe a 7.5% Vacancy and Collection Loss is probably a best case scenario in a strong market and that surveys may under report actual vacancy and collection losses as opposed to the rather suspect 5% rate that is routinely incorporated into many apartment pro formas. This is largely a function of frequent tenant turnover rather than the more intuitive lack of demand for people wanting space.   For smaller, less sophisticated apartment owners, the figure would probably be closer to 8.5% to 10%.  An effective gross income, which is several percent lower than projections is combined with the aggressive capitalization rates being accepted, implies substantial overpayment for many apartment buildings in this environment.

Current apartment valuations appear to reflect the strong appreciation in rents without considering the financial strength of the renters paying them.  In what appears reminiscent of the sub-prime mortgage fiasco we have overly optimistic investors and bankers relying on unsustainable rent increases with fictional cash flows being paid by renters on the edge of a financial cliff.  What could possible go wrong?
(773) 763-6750
1234 Sherman Ave.
Evanston, IL 60202